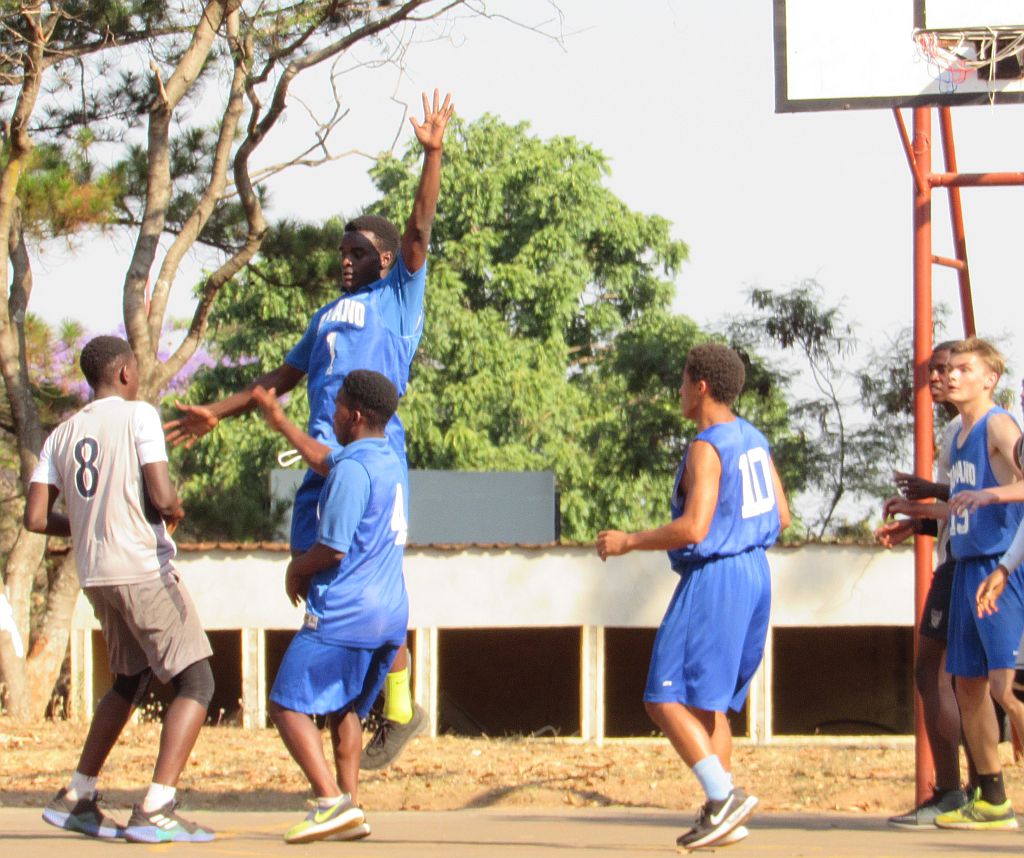 On the 27th of September, Amano took an U19 team to play basketball at Lechwe. We were in a group with Mpelembe, Nchanga and Ndola Trust. Our first group game was against Mpelembe. We started off very well with Peter getting a basket within 10 seconds of play and we continued to play well, at half time the scores were 9-7, but in the second half we drifted and they got a few more baskets so we lost that game 14-11. We automatically won our second game because Nchanga did not come to the event, so they forfeited. Our last group game was against Ndola Trust we knew they were an easy team to beat and thought they would be a walkover. They were not a walkover and we had to fight for the win. In the first half, Ndola Trust were leading 5-2 but somehow in the second half we got it together and came back to win the game 11-7 with Samuel scoring a vital basket. This meant we finished second in our group and we played the top team in the other group which was Trident.

Mrs Grove gave us good advice saying, “We should play to our best and not to win.” We did play to our best and I can say this is the best game of basketball Amano has ever played as a school. Our defense was brilliant and we were working together in attack. We won that game 10-7. This meant we made it to the finals which were against Mpelembe again. I think as a team we were too overwhelmed that we beat Trident, so in this game we did not do as well as a team. We ended up losing that game 26-12. I would like to thank the girls and Mr Grove for supporting us, Mrs Grove for coaching us and GOD for an excellent day.