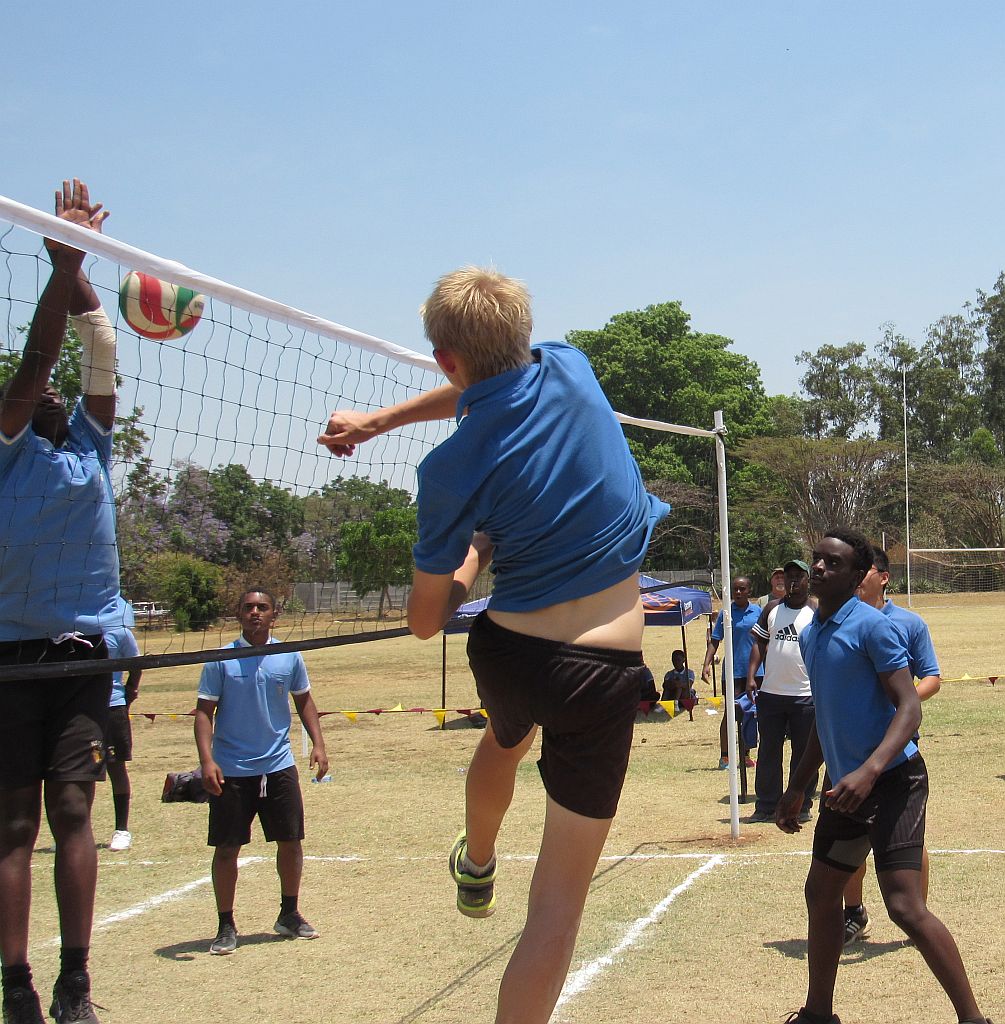 On Saturday the 28th of September the U19 boys went to Lechwe to play volleyball. Because it was the regional qualifiers there where 9 teams present: Amano, Ndola, Nchanga, Trident, Simba, Lechwe, Mpelembe, Konkola, and Kalulushi. As a result we were split into 2 pools, in our pool was Trident, Lechwe, Ndola and Amano.

Our first game was against Trident and despite them being very late we eventually got our game underway. We lacked communication in the early stages and our confidence was not very high as a result of our match against them a week earlier, so we lost 2-0. Our second game was against Ndola and we went into this game thinking that we were going to win easily. This was not the case and as a result of our overconfidence we lost 2-0. Our last group game was against Lechwe and we worked much harder in this game and after going 1-0 down we fought back and won the second set. After this we became quiet again and our performance levels dropped and as a result we lost the third set without much of a fight losing 2-1. So after coming 4th in our group we had to play for 7th place against Nchanga. In this game there was a noticeable difference in the level of determination that the boys showed especially after we lost the first set. In the second set we caught up a large deficit and won that set 17-16. In the next set we fought even harder and took the set to 16-16 again but unfortunately we could not win the last point and we lost 2-1.

Overall I’m really happy with the level of fight shown by the boys. As we went through the day it was noticeable that our volleyball was getting better and that the team spirit was growing, hopefully, this will give the boys some confidence going into next year.

Trident College to compete in U19 Football