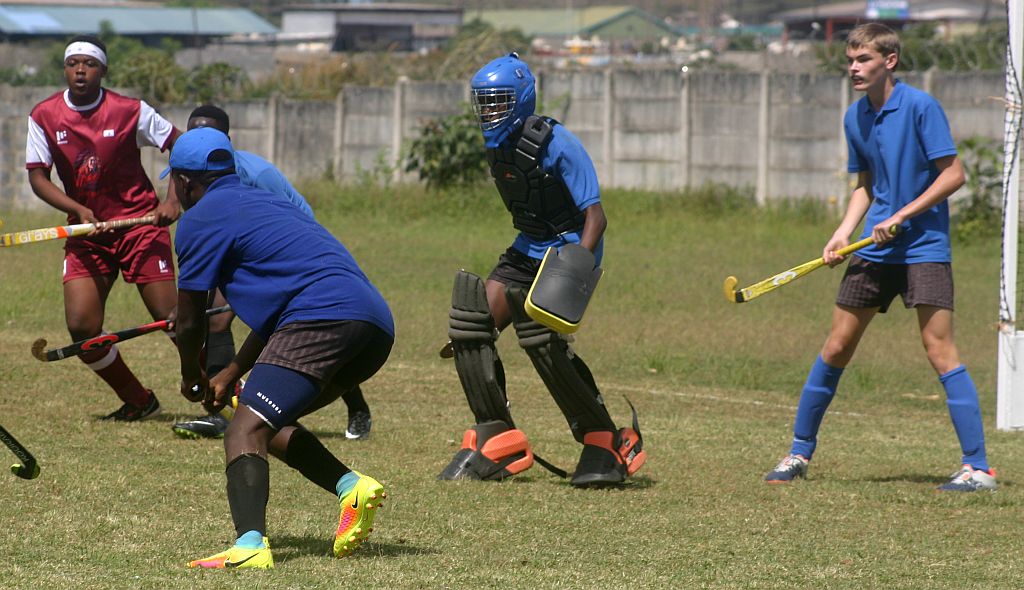 On Saturday the 18th of May, the U19 boys went to Simba School to play in the regional field hockey tournament. There were 6 teams present: Amano, Simba, Trident, Chengelo, Lechwe and Kabitaka. In our pool were Chengelo and Kabitaka.

Our first game was against Chengelo. For the first half of the game, we were defending almost all the time and we couldn’t get out or find a way to threaten their goal, but despite this we didn’t concede. In the second half they stepped up their game and we didn’t and they were able to breakthrough. This goal shocked us into action and we started to attack much more but we couldn’t find a goal, so we ended up losing that game 1-0.

Our second game was against Kabitaka and we knew that we needed to win this game. We started brightly but despite dominating the ball we weren’t creating many chances and at half time it was 0-0. In the second half we pushed forwards much more and Broddy scored for us. After this we slept at the back and switched off allowing them to score an easy equalizer. But this shocked us back into life and we scored again almost immediately, through Chanda, and we won 2-1.

This meant that we played Trident in the Semi-Finals. We were very slow mentally in the first half and some mistakes allowed them to score 2 easy goals. But in the second half, we played much better, despite their obvious time wasting tactics, but were unable to break through, so we lost 2-0.

Overall we came third and I want to thank the team for their efforts. It was obvious we were a little rusty but that gives us chance to improve for later in the term. I want to give special mention to Frederick and Kaoma who played very important roles in defense despite not being used to playing there as well as Peter who was very lively upfront. I’d also like to thank Cholwe for giving us advice during games, Mr. Grove for driving and refereeing and Mrs. Grove for supporting us. Lastly we thank God for a beautiful day and safe travels.