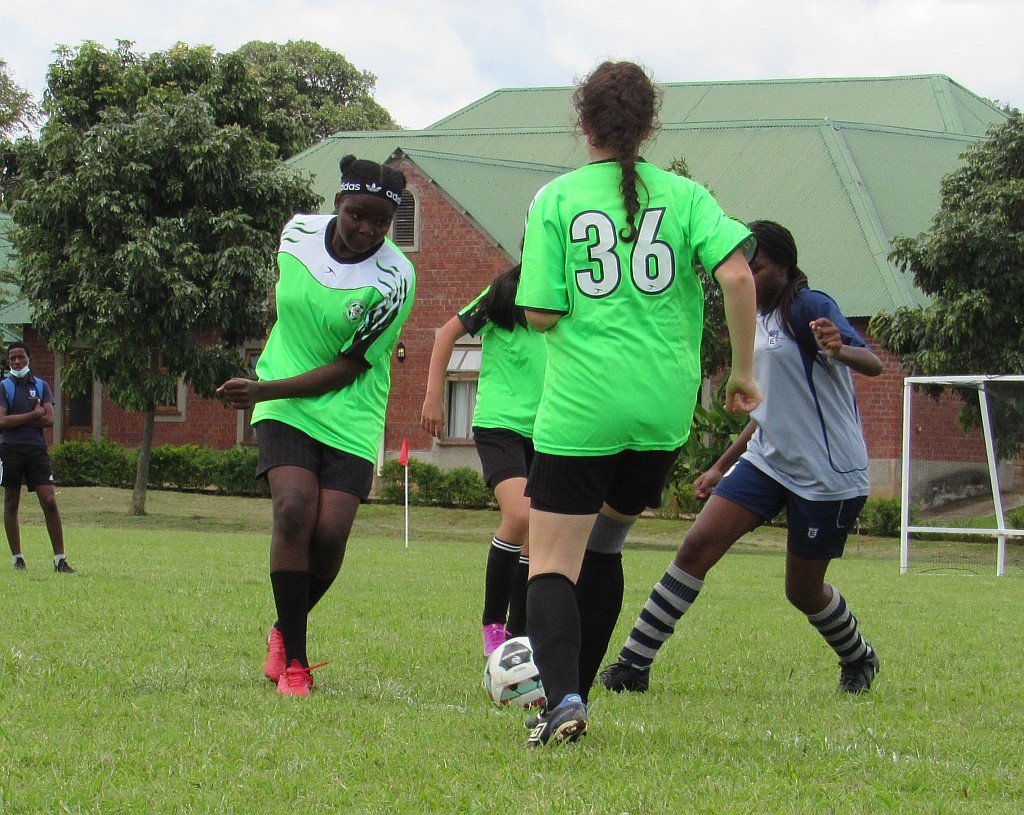 On Saturday, the 12th of February, the under 19 girls went to Trident College and participated in football tournaments.

Our first game was against Trident. We were already tired from our earlier netball games and started off weak. We lacked coordination and strength in the first half and let Trident score three goals. In the second half, some substitutions were made and our game somewhat improved and we managed to get one goal at the end of that game from a throw-in by Kondwani and a header by Kathleen.

In the second game against Nchanga Trust school: the team was motivated and aligned, and although I was unable to participate in that game, I was genuinely impressed to hear that the game proved our team to be resilient and even though Nchanga scored two goals we got a clear goal from Laura and this overall elevated the team’s spirits.

In our last and final game, yet most admirable, we played against Kabitaka school. We started off strong, each giving their best and because of this, we had a much more powerful defence and attack. Although Kabitaka managed to score a goal in the first half, we were determined – putting pressure in the other team an we drew that game 1-1 with a goal scored by Natasha.C.

Overall, I would like to thank the entire team for their hard work: Natasha.C as an amazing goal keeper; Kathleen and Tiffany as our resilient mid-field; Lena, Natasha.S  and Monica as a strong defence and last but not definitely not the least, Laura and Kondwani occasionally switching positions, but persevering strikers. I would also like to thank Mrs Anderson and Mrs Grove for great coaching, and most importantly God for a beautiful, sunny day.

U19 team to play basketball at Lechwe