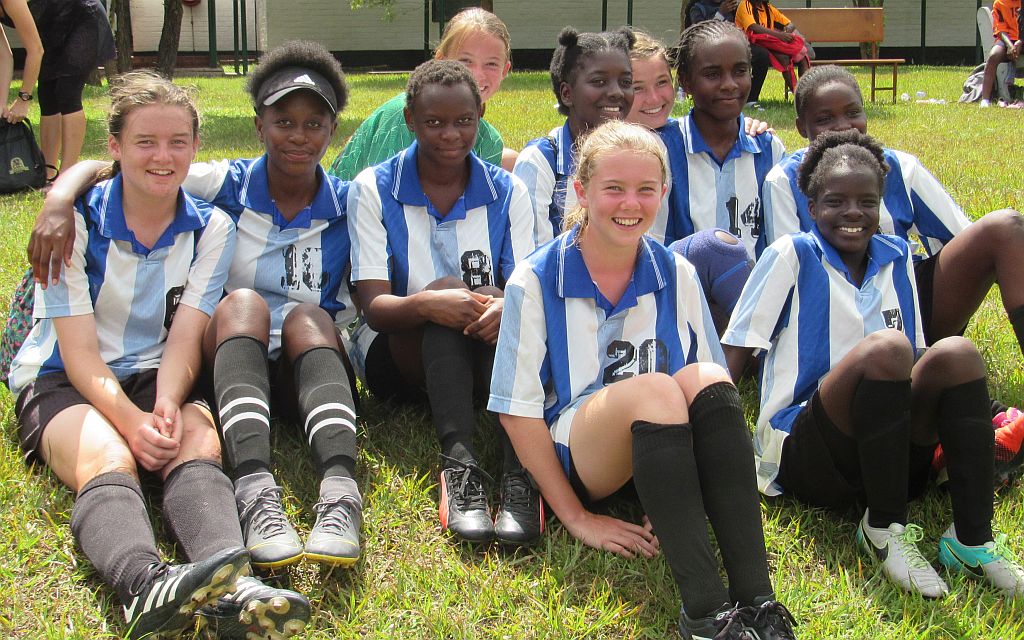 On Saturday  15th February, the under 19 girls went to Mpelembe to play football regional games. There were six schools in our pool including us so we played five games.

Our second game was against Simba and we won that game 1-0; the goal being scored by Kondwani.

Our third game was against Nchanga school which we won 1-0 by Natalie scoring.Our second last game in our pool was against Kalulushi and it was a tight game. In the second half, Natasha managed to score a goal and we ended up winning 1-0. Our fifth and hardest game was against Ndola Trust. We knew they were a good team from watching there previous games and we would have to work harder to win this game. In the first half we managed to keep it 0-0, but sadly in the last two minutes of the game we scored an own goal for them to win 1-0.

This led us into the semi-finals were we played Lechwe drawing 0-0 but then losing 2-1 in penalties. After this we played Ndola Trust again in the finals for third and fourth position. We were really tired because we were just from playing Lechwe, fortunately we still had some power to keep our defense tight, but still lost 1-0.

Overall we came out fourth out of twelve schools. A big thank you to the new members of the team and the old members for encouraging the new members to persevere, Mr. Grove for coaching, Miss Pia for supporting and everyone else who cheered on us. Mostly to God for a good day and the good weather and also for allowing us to qualify for the nationals!