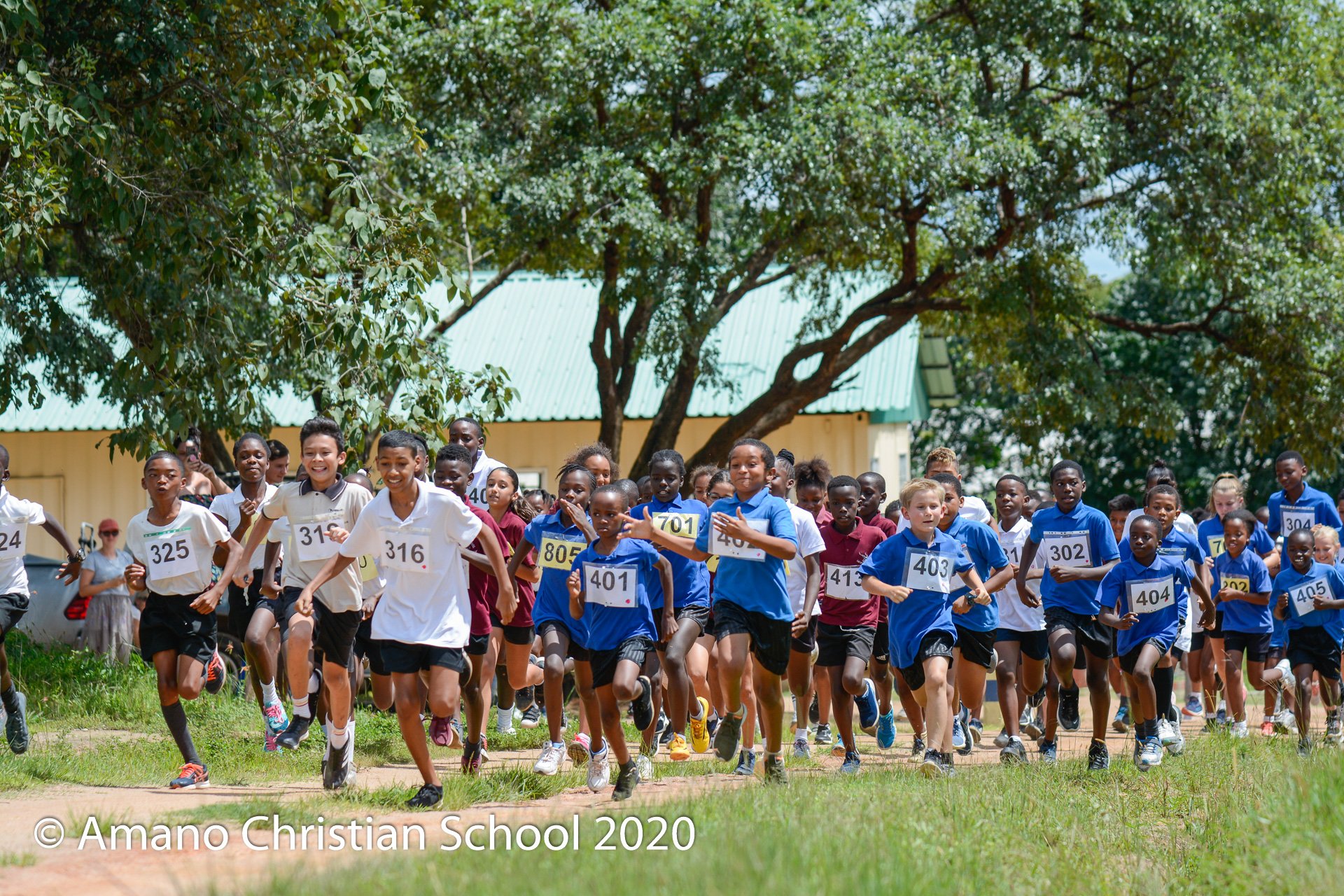 On the 20th February 2020, Amano Christian School hosted a cross country ‘bush run’ competition, and the participating schools where Amano, Kabitaka, Lechwe, Simba, Konkola and Ndola trust. The age groups running where U11 boys, U13 boys, U16 boys, and (Open) U19 boys.

Overall, it was a nice day and the results were very close [in the secondary age groups]. The Amano Christian School U11 boys scored 70pts and they came out fourth, Lechwe on 1st with 22pts, and Konkola on 2nd with 37pts. The U13 boys came out 4th with a score of 69pts, Konkola boys 1st with 34pts, Lechwe 2nd with 51pts and Simba on 3rd with 59pts. The Amano Christian School U16 boys scored 61pts in 1st place, and Ndola 105pts on 2nd place. The Open boys: First was Amano with 35pts, then Ndola 39pts and Kabitaka with 49pts but over all Kabitaka were in 1st place with 81pts (their 5th place runner was faster than Ndola’s 5th runner), Ndola in 2nd with 81pts, and Amano in 3rd place with 83pts. It was a shame one of our fast runners could not finish as we would have gained those two points needed for victory.

It was a wonderful day, and all the schools did well with great effort. Thank you to all who were supporting and cheering everyone up, and especially the boys and everyone else (girls) who were running for their great exertion even though it was hot. Please keep it up even for next year and do it all for the Lord with discipline.

But I would like to give thanks to God for allowing this day to take place and keeping everyone safe and sound through-out the race with no serious injuries.