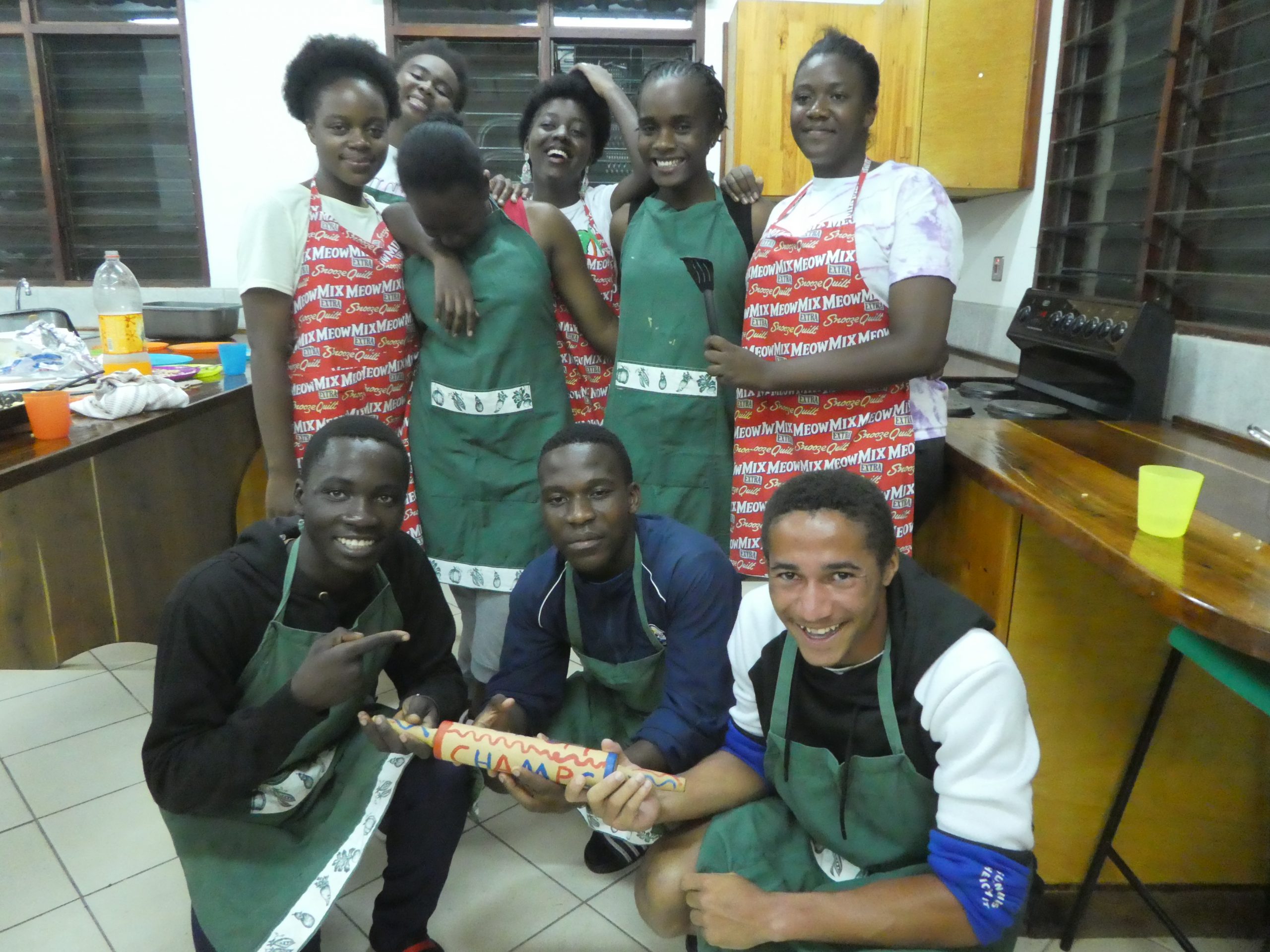 On Sunday the 9th of February, we had our yearly Youth Cook-off at Amano. All the 11 and 12 Graders in the Dorms were competing against each other. We had Girls against Boys. The students had two hours’ time to prepare their meals. They could choose items from the ingredient list before and think of a recipe. 3 Boys competed against 7 girls. Both got their meals ready in time (Boys: rice, chicken, and cabbage – Girls: chicken-pepper – Kebabs, Cheese-Macaroni from the oven). The secret ingredient was Cashew Nuts.

The three judges Mr. Anderson, Ms. Millard, and Mr. Sven got their food at 20 hours and took time to taste, smell, see and think. This year the boys won the Cook-off with only one point being better than the girls.

The event was good fun and we congratulate the Boys on their success!