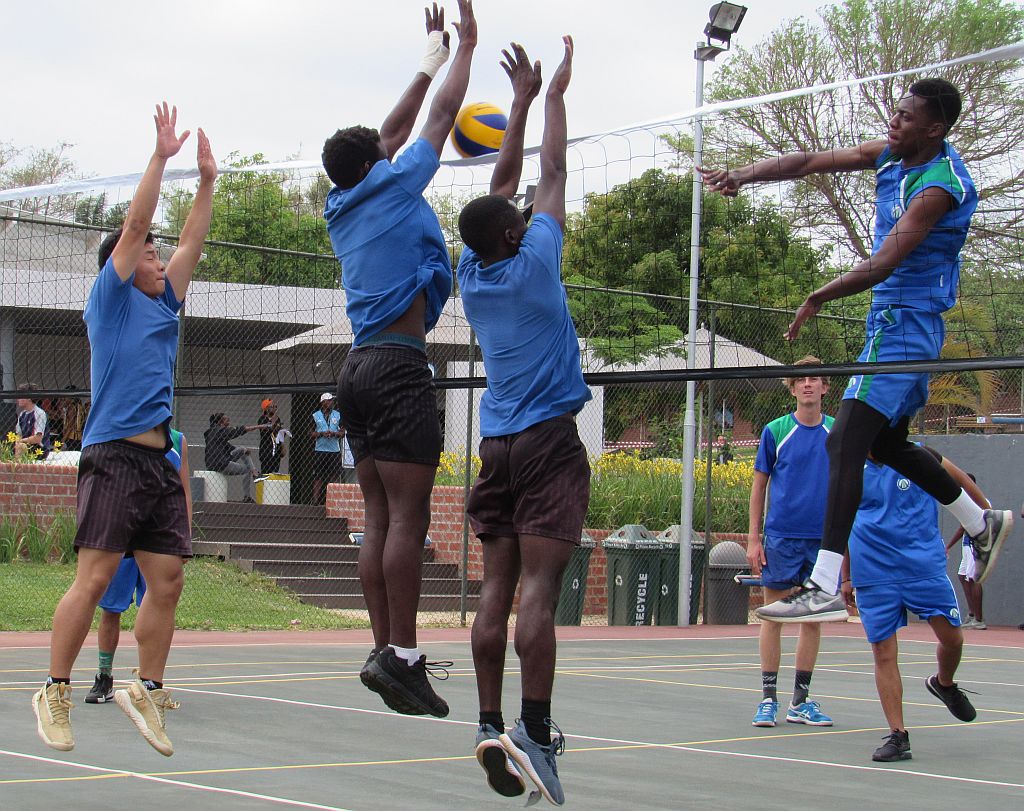 The boys were able to go to Lusaka as well on wild cards, to fill in last minute slots of schools which pulled out. They had high hopes in the basketball and played well despite their coach not traveling and Samuel was unavailable due to exams. However, the eventual first and second place teams were in their pool and so they took a hammering. We were able to win against Konkola in a close game of 14 – 12. They ended up finishing 6th, losing to Mpelembe 11 – 28 points.

The boys lacked any confidence coming into the volleyball having finished last at the Regionals and also losing two strong players in Samuel and Joseph to exams. Once again the eventual winning team and runners up were also in their pool, but Amano were competitive against Baobab and ISL despite their teams having some very tall players. It was disappointing to not make Mpelembe play more but to lose to Ndola T again having won the first set was a shame to then finish 8th.

We went to have fun and the boys were able to learn through the experience. Well done, especially the youngsters in the team.