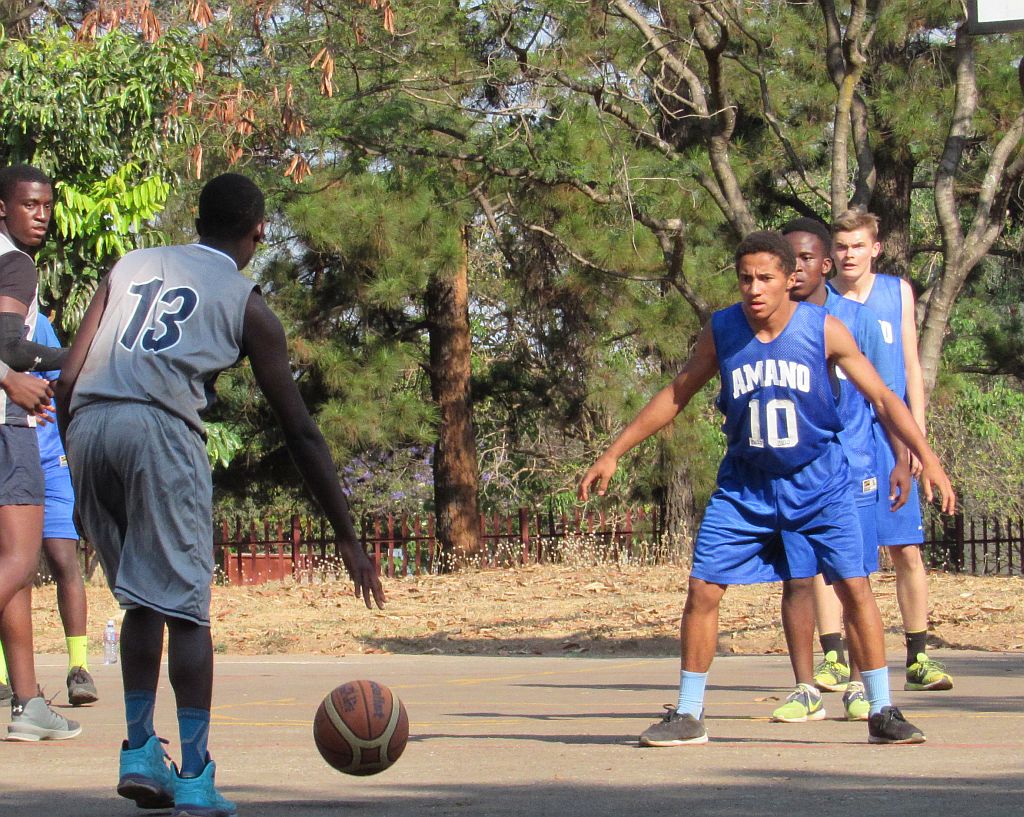 On the 21st of September, Amano hosted a U19 ISAZ basketball tournament. There were 6 schools that participated in total and we were split into 2 groups of 3. Amano were with Mpelembe and Nchanga. Our first game was against Mpelembe and we started that game slowly as they were beating as 6-0 at one point but we started playing better and came back. Mpelembe held strong and we ended up losing that game 10-7. Baskets were scored by Samuel, Jackson and myself. Our second group game was against Nchanga and this was quite an easy game. We ended up beating them 13-2, baskets were made by Eun Taec, Samuel and Peter.

We finished second in our group which meant we had to play Trident. Again, we had a slow start to this game and we were losing 6-2 and although we got it together we still ended up losing that game 10-8. Baskets were by Samuel, Jackson, Peter and myself. After this we had to play 3rd and 4th place against Kabitaka. We did not play well as a team and ended up losing that game 11-7. Baskets were by Peter, Temwani and myself. Overall we came out 4th out of 6 schools. I would like to thank the team for playing to their best and Mrs Grove and Broddy for coaching us and GOD for a wonderful day.