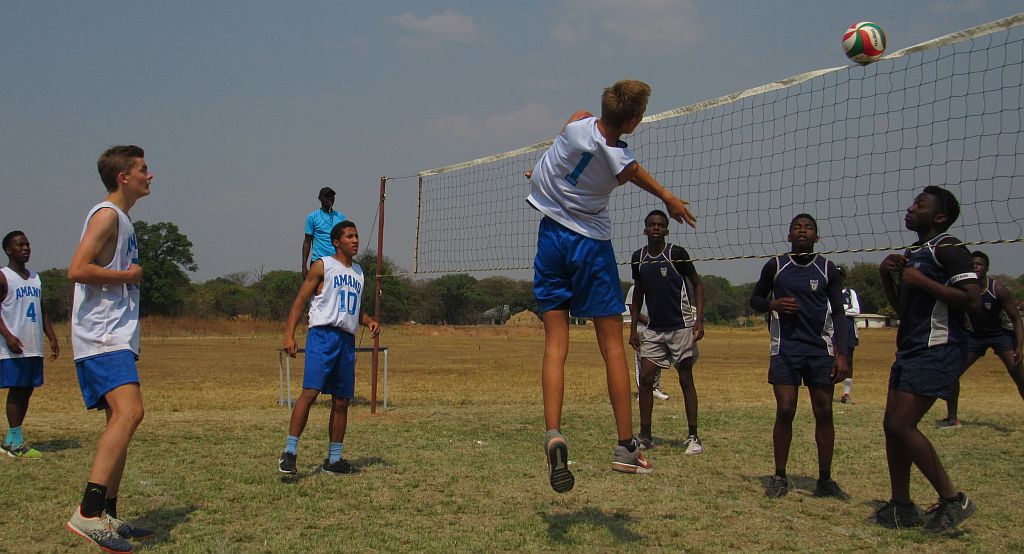 On Saturday the 21st of September Amano hosted the U19 zonal volleyball and basketball. There were 6 schools present: Amano, Mpelembe, Trident, Konkola, Nchanga, and Kapitaka. For the volleyball matches, we played our games using a round-robin format.

Our first game was against Mpelembe and it was quite a wake-up call for the boys because they are a very good team and they put us under pressure immediately and we didn’t respond well, so we lost the game 2-0. Our second game was against Kabitaka. In this game, we were a little bit livelier, but we still were lacking both communication and confidence and we lost 2-0. Our third game was against Nchanga and again we did not communicate, so we lost 2-0. After a long wait, because of the other games taking much longer than ours we played Trident. In this game the boys looked a little bit more up for it but Trident where much better drilled than we were and punished all of our mistakes, so again we lost 2-0. Finally we played Konkola who were also very good and well drilled and despite the fact that we started talking more and had more confidence when the ball came our way we were unable to win a set despite taking it close and we lost 2-0.

I want to thank the boys even though it was a hard day, because they kept trying despite our lack of success and at least we were very consistent in terms of results. But still it was a good day and it was a learning experience during which some lessons were (hopefully) learned.